We are pleased to present our latest case study featuring Structural Anchoring works at none other than Westminster Abbey, London.

Following our successful works of a similar nature at Tower Bridge earlier in the year, Protectahome were again approached to provide specialist Structural Anchoring services at another London landmark, Westminster Abbey.

The Project: To repair several large cracks that had appeared within a medieval wall on the grounds of the historic Westminster Abbey. 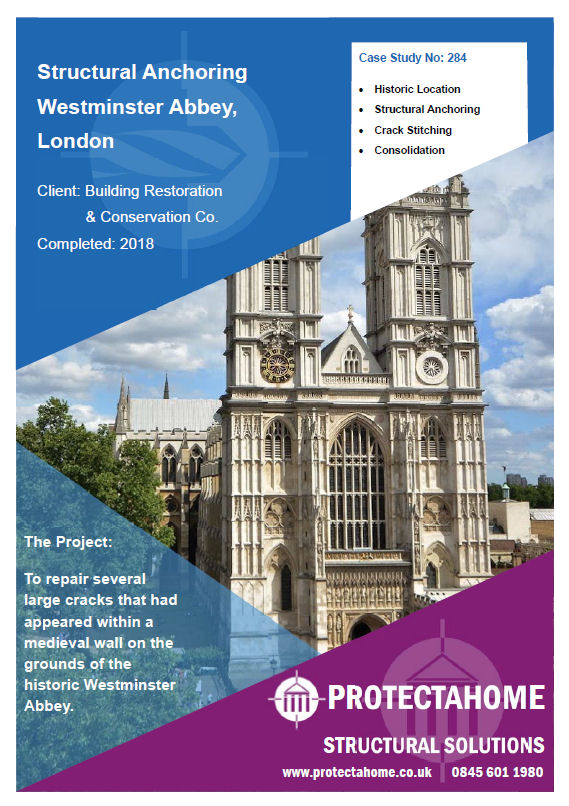 You can get in touch by telephone or email to see how we can help and to book a survey with your local Area Surveyor calling 0845 601 1980.Alternatively, contact us now below.